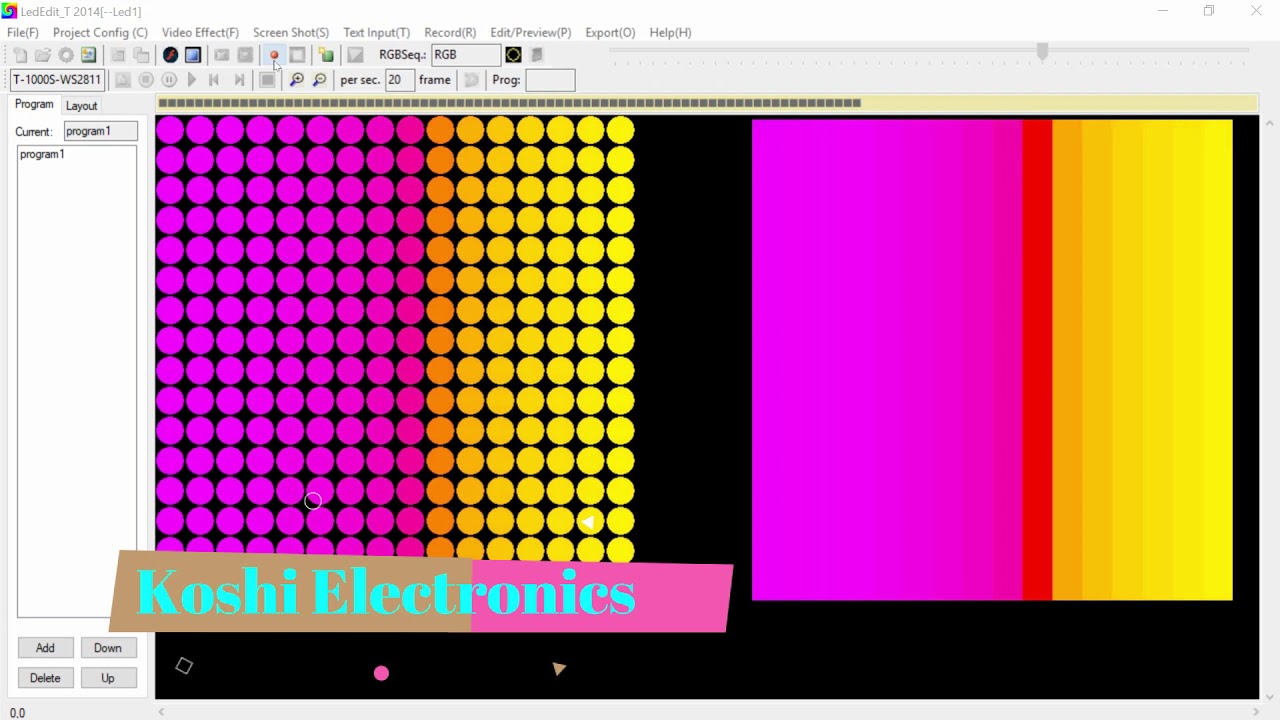 Hello, friends welcome to my blog. In this blog, we learn about How to use Led edit 2014.

Steps to be followed:

Step 1 If you Already install the software on your computer then right-click on Led Edit 2014 software the click on extract here.

Step 2 After that folder is open. In this folder, we have set up a file option click on that and install it. After that open the software.

Step 4 After that we go to the light layout Next screen is open, here we enter the details as shown below. Then press ok.

Step 6 After that we open the video. Go to video effect click on the open video then the folder is open. Click on AVR. If you want to save your time click on the fast recording.

Step 7 If you want to record then press on the record button. We see that the recording is on.

Step 8 Now we also check SWF file, we select the effect. Go to the record option click on the fast recording. We see that fast recording is going on. If you want to record faster then click on F6 and for slow click on F7.

Step 9 For tool file select tool. Go to record click on the fast recording. We see that the recording is done fastly.

Step 10 After that you have to take output. For this click on export. Sometimes the export option is not shown so what you have to do is take some effect record them then export. Suppose we select the AVI effect, we see that some effect is missing so what we have to do is make that effect small. After that, we see no line is missing. After recording the AVI effect then click on stop recording and also press on close video effect. It is very important to do this otherwise the export option is not shown.

Step 12 After that when you press the stop button, there is a message shown on the screen whether you save changes or not click on yes. If you press on yes the program will change otherwise it will run as it is.

Step 13 Go to the export option click on export open. The next display is shown on the screen here nothing can be changed only we can change the program code. You can enter the program code which program you want to run that code is entered there.

Step 12 After that they will ask that where you want to save the file. According to you, you can choose your file location. Then press on ok. Here program is generated.

Step 14 After that right-click on program send this program to the memory card which you attached to the system. Before sending the program to a memory card firstly format the card after that send it. When you insert that card on t-1000 the program will run.